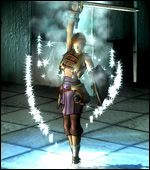 The inhabitants of Nelwë mastered magic since the oldest times of antiquity. Their elementalists, warrior magicians and necromancers learned to draw from the very essence of the universe the power which enabled them to shape the world to their will. Thankful for this, the Nelwëans deified the four elements in a quartet of dragons: Aefis, the king of the air who commands the sylphs, Frakkir, the sultan of the volcano palace where the salamanders live; Elugh, the lord of the depths and the only lover of all the sirens; Toghon, the emperor of the titans who live in the bowels of the earth. From their interplay and their unions were born the world and the creatures that inhabit it. Myths tell of the goblins who, with their aptitude for iron-work, descended from Frakkir. The humans, malleable like clay, would become the children of Toghon. Aefis would be the grandmother of the fleet-footed elves while the grey-skinned trolls would be born in the depths of the lakes created by Elugh.

Each race, each country and even certain cities have their pantheon of gods or patron saints, occasionally numerous ones (like the warrior trolls of Cloudworks, who systematically canonise dead fighters who are 30 years of age or older), but none of them know the universal radiance of the Four Dragons.

Previously each city had its own elementalist temple. There they venerated the demiurgic quartet, but they also taught magic to those who had the talent. The most gifted among the elves would become elementalists, the elite among both the intellectual and the religious of Nelwë.

But times have changed. Today there are no more than two elementalist temples: one at Silverfall, the capitol of the enlightened kingdom of Egreid, and the other in the magical city of Blazis, on the volcanic isle of Forge. 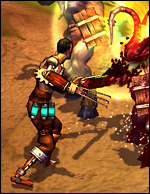 With time, the technology of the people improved and increasingly useful and more powerful inventions came to ease the load of the peasants. The invention of the steam boiler by the goblin master craftsman Oplimous in 585 of the second Magma Era set off a veritable industrial revolution, creating a new form of serfdom. The workers do not have a better life than the day labourers of old. The governments, in contrast, have seen their commercial and military power increase ten-fold by the new means of production.

Whether by political will or due to lack of resources, all the peoples of Nelwë have not yet attained the same level of industrial power. Some voices, often labelled as "retrograde" by the progressive lobbyists, rise up to defend ancient traditions. The evolution of the societies has a tendency to leave behind the elementary tradition, and very often it is the priests who advocate reasoned progress and even the categorical refusal of all science.

The savage way and the return to nature

In 658 of the second Magma Era a terrorist movement appeared named the Surveyors of the Savage Way. Founded by an illuminated elf by the name of Falael the Prophet who said that he had been entrusted with a divine mission, it quickly made disciples in all Nelwë. Burning the coal warehouses and assassinating the industrial barons, the followers of savagery within a few years resembled a veritable nation of outcasts of progress.

Allied with the Beast-men, Falael founded in 672 - on the ruins of the scientist duchy of Steelight - the Savage League, a territory where only natural law rules. Under the leadership of the druids, the population of the League worship the Mother of the Woods (the horned woman/ woman of the forests), deifying nature.